The essential work and the driving spiritual force behind The Phoenix Project is the play, Let The Phoenix Rise! 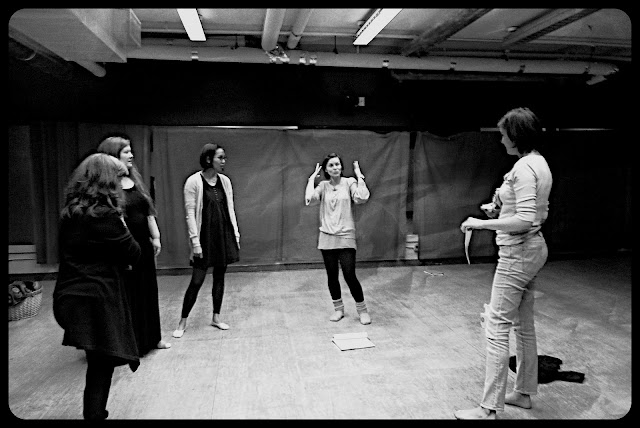 Let The Phoenix Rise! is based on the true stories of four teenage girls and their triumph over adversity. As they struggle to make sense of the challenging circumstances they were born into, their journeys are imbued with humor, fairytale, magical images, symbolism, and life-affirming directives conveyed in Greek Chorus tradition – all orchestrated by the Archetypal Mother, who has incarnated as a counselor in order to assist their awakening.

Let The Phoenix Rise! conveys that the human journey, with all its broken dreams and struggles, is a sacred exploration of self and others. It is through creativity, humanity, and love that adversity is survived and meaning is discovered.

The legacy of The Phoenix is that she lives on into perpetuity, continuously dying and being reborn. This symbol of regeneration represents for us what we strive to impart into the lives of those touched by this project. To emulate the Phoenix is to walk into the proverbial fire of immense challenges, so that one’s worth and potential can be realized. Like the Phoenix, we are driven to persevere, and rise each time we fall. For those of us who have struggled with harrowing histories characterized by trauma, neglect, and abuse, we beseech the Phoenix to remind us of that fire within us that burns for truth and lights the way. She reminds us of hope that will not perish, and those magical, inviolate parts of ourselves that cannot be destroyed. That is the legacy we hope to leave behind!

In 2008, Sheri Heller implemented a therapeutic workshop for women with extensive histories of childhood abuse and trauma. This workshop concerned the plight of the archetypal orphan child, with the intent of mobilizing her to face her core injuries and fears of surviving alone in this world, so as to connect from a place of discernment, compassion, maturity and acceptance. This rite of passage was enacted in the workshop through writing, dance, hypnosis, improvisation, and ritual. What resulted was a deeper sense of purpose and connection to their worth and power. Even on that first day, the overwhelming sentiment of each of the participants was, “If only I had known then that there were other choices, who might I have been today?”

Thereafter, they continued to meet regularly to explore and examine the most feared, dormant parts of themselves, and their deepest aspirations. Eventually, fairytale became a vehicle for infusing their personal stories with mythical imagery.

Let The Phoenix Rise! has been through many incarnations since that first day. Directed by Daniel Neiden, and acted by four superb casts, LTPR! continues to grow and evolve in ways Laura and Sheri could never have imagined. They are extremely grateful to all the people who have contributed their time and energy to the fulfillment of their intention and highest hope – to share this with other women and girls who are struggling as they struggled, to let them know that they are not alone in their struggle, and that they have a choice at times they may feel there is no hope.

The Effects of Trauma on Caregivers